Teaching Children English in ‘The Jungle’ 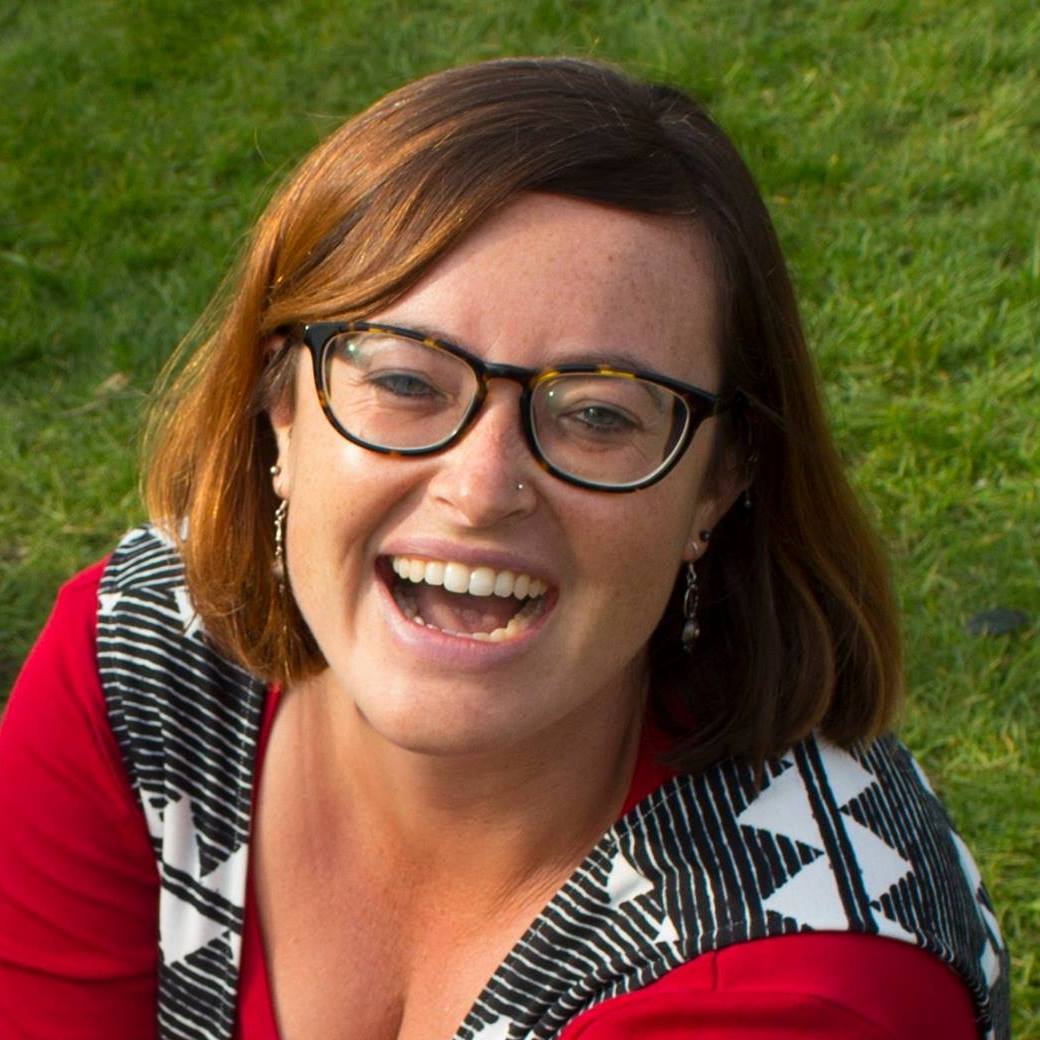 For the month of September 2016, I volunteered with the Unofficial Women and Children’s Centre in ‘The Jungle’ refugee camp located in Calais, France. The Centre is based in a large, blue double decker bus and provides support and respite for many of the camp’s Eritrean, Afghan and Kurdish women and their families. The downstairs functions as a space for women to get advice and support as well as to collect basic necessities. The upstairs had been transformed in to an informal school with space for children to play, read and learn. The families had left their homes for a variety of reasons and travelled long distances and experienced considerable trauma. The bus provided a safe, welcoming space where they were able to have time to laugh, socialise and share stories. 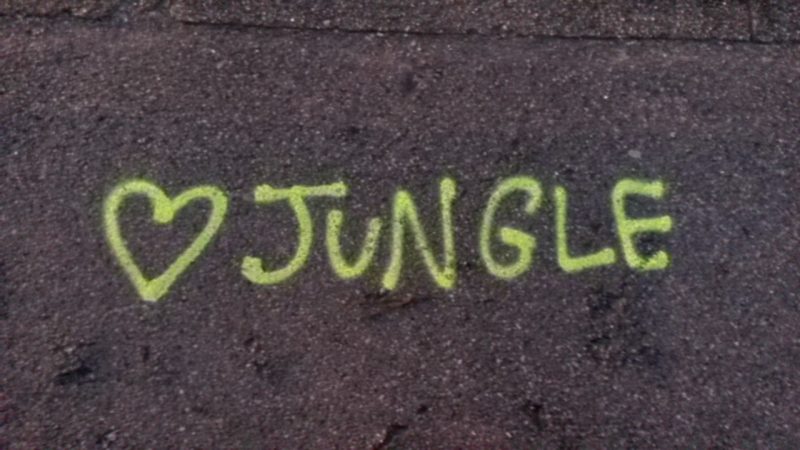 The school adopted a holistic, child-centred approach and focused primarily on the children interacting with one another, having fun and above all, being children. The school day consisted of a variety of stations linked to a daily theme, where children could engage with learning and develop their knowledge and understanding. We worked with themes such as Space, Health and Underwater Life. The children had an opportunity to learn about the planets and create their own, learn about teeth and how to take care of them as well as creating sea creature puppets for their own animations. My role as an English language teacher was also to work with small groups of children to develop their speaking and writing skills in age-appropriate ways. 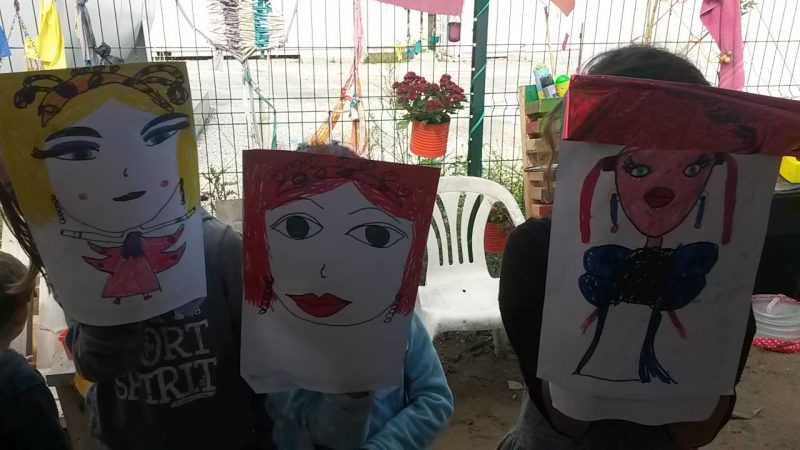 The short daily English sessions were with groups of 3 – 4 children and my target was not only to develop their English but also to foster greater attention span and focus, as well as to teach learning to learn. One of the many challenges I faced was that many of the children had either had very limited exposure to formal teaching contexts or none at all. This was in addition to the challenging behaviour associated with post-traumatic stress and Special Educational Needs. This often manifested through a lack of concentration, inability to express feelings appropriately and limited strategies for accessing learning.

I had to think outside the box to find engaging and meaningful ‘points of entry’ into learning. To ensure that the children even came to class, I collected them from their caravans and brought them to the shelter. We initially had quite short sessions of 15-20 minutes, which gradually increased to 30 minutes. I involved the children in planning the topics to maintain their interest. We also used timers to focus their attention and positive reinforcement to foster a sense of intrinsic motivation and resilience. Making activities fun and kinaesthetic was especially successful. 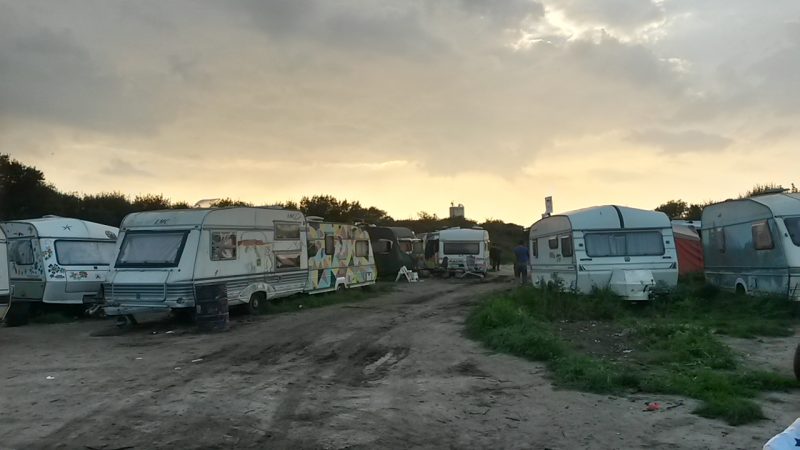 Despite my best efforts, things didn’t always go to plan. Very often the children wouldn’t be able to come to class as they had chores or their parents / carers needed them to look after younger siblings. Sometimes as a way to counter this, I would go and teach them in their caravans, or teach their siblings at the same time. I became very adept at differentiating and delivering several activities simultaneously. This was the only way to ensure that they were getting time to learn. Flexibility and adaptability became vital skills as did the ability to teach without a raft of resources.

Over the four weeks there were some successes. The majority of the children responded positively to a more structured session. They craved the opportunity to work in a focused manner on a specific task, and if they missed a session they would find me just about to leave for the day and demand an English class! Hearing them talk amongst themselves, discussing a task in English was really satisfying and showed that no matter the context or circumstances, children do want to learn and can.

The key, I think, was to remember that they were children first and foremost. Their past, their journey and the fact that they are refugees should not and must not define them. By tapping in to their interests, providing time to think, ask questions, experiment with language and by treating them like children, they were able to develop, to share their thoughts and above all learn. They still have a long way to go but they are finally on their learning journey, even though it might be a more difficult one than most. 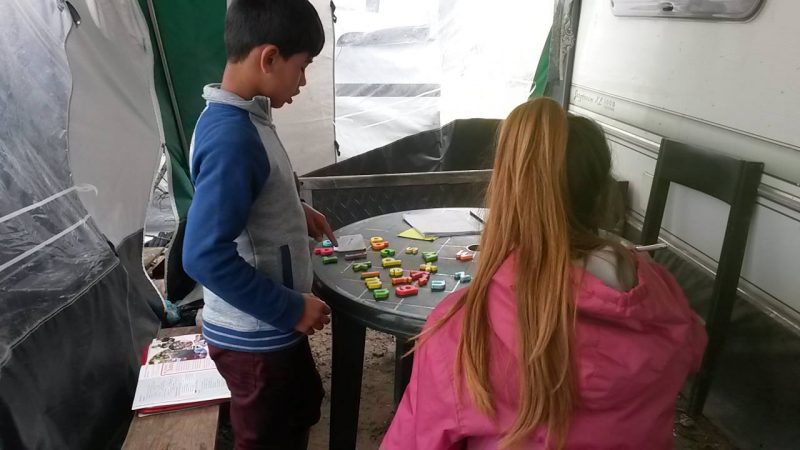 Many of the organisations working with refugees whether in Greece, Jordan or elsewhere, need support and volunteers. This can take the form of working in the refugee camps, teaching and working in schools which have included children who are refugees in lessons, or it can even be awareness raising via social media.

I recommend contacting these organisations to find out more about the opportunities I outlined above:

Liz is a passionate educator of children and facilitator of YL teacher development with over a decade’s experience in formal and informal teaching contexts. She has recently been involved with projects on developing SEN provision and she’s currently completing an MA in Development Education and Global Learning. She is a keen advocate of inclusive education as well as rights to education for people who are refugees.