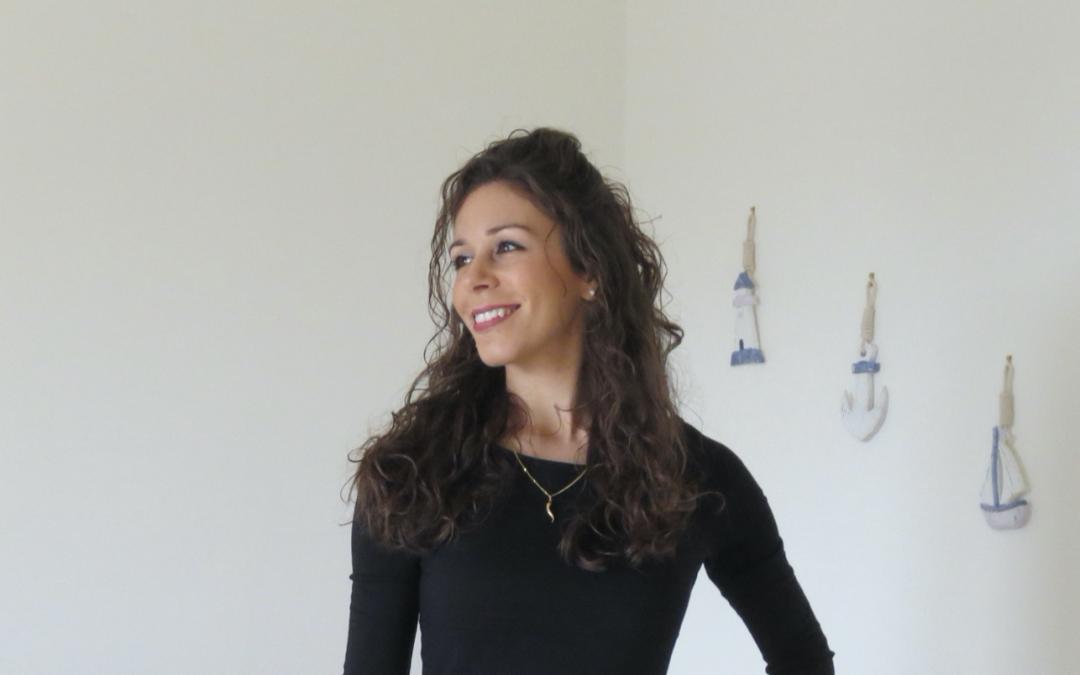 After recently being introduced to Netflix due to the current pandemic, one of the first trailers that popped up on my screen was for “The Last Dance”: a 10-part documentary that tells the story of the Chicago Bulls with Michael Jordan playing a lead role both on the team and on the screen. The more I watched, the more curious I became to find out about the athlete who took the world by storm back in the 1990s and, 30 years later, his brand, Air Jordan still has a strong hold on my students’ choice of footwear. Ten episodes later, I can say that I am so glad I decided to dedicate five weeks of my life (two episodes were released each week) to a series that taught me not only about the game of basketball, but also about Jordan’s mindset. The programme is inspirational and made me seriously reflect on how such a mindset can be transferred to the upper secondary language classroom.

Lesson 1: There are no shortcuts

When we talk about Michael Jordan now, we see a larger than life athlete who took the world by storm. Yet as Jordan said himself, “if you do the work, you get rewarded. There are no shortcuts in life.” This made me think about how I start the year with my teenage classes: if they want to see the results at the end of the course then they have to bring something to the lesson, every lesson. I think of myself as a kind yet firm educator. Those who know me also know that I am highly passionate about teaching teens and creating a growth mindset classroom. I am certainly all in favour of giving praise to students, but only if they prove themselves as this creates a certain level of respect in the classroom from the outset: respect for each other and respect for my teaching. Jordan’s statement made me reflect on how much we as teachers should actually give to our upper secondary students. If teenagers are given a free pass to the end of the course and are constantly helped without any type of struggle, how will they ever learn to face challenges head on? I believe it is important to instil this mindset in the students from the start of the course and to encourage them to push on despite difficulties.

Lesson 2:  Expect more from yourself and others

What really struck me in the “The Last Dance” was the dynamic between Jordan and the rest of the team. It is apparent that he was one of the world’s favourite athletes in the 90s and the image that was created of a perfect athlete and man was certainly difficult to live up to. What I observed was that, rather than being a perfect individual who never got angry, Jordan expected a lot from himself and, as a result, from the rest of the team. His teammates talk of a team dynamic that was at times, difficult and of a teammate who was in fact not always the easiest to get along with. However, what everyone agreed on in the series was the fact that Jordan’s high expectations played a key role in the progression of the team from ordinary to six-time NBA champions.

I strongly believe in the power of motivating teens and being a pillar of support in their challenging adolescent lives. However, in return for this support I expect respect, full participation and a certain level of discipline from each individual in my classroom. I put in the hard work and I expect the teens to do the same and this is not just for my own benefit, but also for that of the ‘team’. There have been times when I have faced attitude and backchat from teens, but what I have found is that by the end of the year, I’ve been able to earn their respect. By communicating openly with students and telling them that their work ethic and participation is not only fundamental for their own progression, but also for that of the whole class, it immediately gives them a sense of responsibility and this responsibility leads to increased self-esteem: a key factor in a successful teenage classroom.

Lesson 3: Talent will only get you so far

I have been asked numerous questions over the years about using coaching techniques with exam classes. The main question being, “how do you have time to get upper secondary students through an exam if you’re doing non-exam related activities?” The answer is in fact quite simple. With advanced level teens, I start the year off by doing a class applause for reaching such a high level of English. The teens most probably think I’m eccentric, but they always go along with it. What transpires throughout the course is that these students do of course have an incredible level of English and an excellent range of vocabulary and through positive reinforcement and challenging activities they eventually they start to notice it for themselves.

I therefore am of the view that what these teens need is not a series of lessons on grammatical structures because they have already done this in previous courses. What they need instead is to learn how to have natural conversation with their peers, develop team building skills, give effective feedback and enhance their listening skills. By listening skills, I am not only referring to the ability to understand a CEFR C1-level dialogue from a coursebook, but more importantly, the ability to listen to their peers and understand emotion and nuances. These are life skills which we as adults take for granted, but which teenagers haven’t fully developed yet. I find that working on such skills are far more rewarding with upper secondary learners than simply doing weeks of endless exam practice. Jordan’s comment only served to emphasise the fact that talent, more often than not, will get these teens through exams, however developing life skills and valuing teamwork will get them through life.

Lesson 4: Take a break when you need it (and try something new!)

One of my favourite episodes in “The Last Dance” is episode seven as we see Jordan take a break from basketball to play baseball. He shocks a nation in the process as they cannot quite believe that a champion of such status would just ‘give up’ basketball and try something new. But the real question is, why wouldn’t he? Jordan recognised his limits and understood when he was tired of the game that propelled him to stardom. He therefore made a conscious decision to take time out to dedicate to a true passion that had a special meaning for him from childhood.

Too often teachers are unhappy in the classroom because in truth they are absolutely exhausted. We have all heard of teacher burnout and I believe that this is a very real struggle that is not given enough attention. How can we give teenagers our enthusiasm and energy if we don’t have anything left to give? Rather than being considered a weakness, I believe that taking time out is essential for both the growth and development of teaching careers and for the mental wellbeing of the educator. This could be in the form of extended / unpaid leave or even a year-long sabbatical, whatever is going to give the teacher the chance to prioritise wellbeing. It takes strength to admit that we have reached our limits, but if Jordan can proudly do it with the whole world scrutinising him, why can’t we as teachers go for it?

Lesson 5: Have your ‘go to’ crew on hand for support

It is clear in the documentary that Jordan had his ‘right-hand’, Scottie Pippen. I found it beautiful to watch their friendship and camaraderie play out on the court. Observing the exchanges made me really reflect on the importance of having an accountability partner. I spend most of my working life with teens encouraging them to share goals so that their classmates can hold them accountable in the process. However, the documentary made me realise that perhaps I haven’t paid enough attention to my own go-to crew. These are the people who will tell me when I’m doing an amazing job and who will also tell me when I’ve got it wrong. I find that if I’m stressed at work I tend to shy away and isolate myself. However, I believe that a colleague who we can trust will provide more support than we can imagine and help us to look at classroom problems from a different perspective.

Jordan was an undisputed champion, but he said himself that he didn’t win championships alone; he gives credit on numerous occasions to his teammates, but mostly to his friend, Pippen. Perhaps we all need that person, whether that be a friend, family member of colleague, who is going to push us to take on new challenges at work and feel happier and more satisfied as a result.

Lesson 6: “Heart is what separates the good from the great”

I love talking about my coaching vision for teenagers and the great results that I’ve had over the years thanks to confidence building and good communication. However, it hasn’t always been smooth sailing with upper secondary students, and I was reminded of this when Jordan said, “I don’t do things half-heartedly because I know if I do, then I can expect half-hearted results.”

I can remember a particularly difficult class early on in my teaching career that got me so down I eventually asked my colleague and friend to come and observe the class. His response was tough, “it seems as if you don’t like them and they’re picking up on that.” It was a dose of tough love, but I still thank him to this day because it forced me to reflect on my own effort with that class. I had to admit to myself that my heart wasn’t fully in it, and it was showing. Following that observation, I strived to change my attitude towards the class and to give up some of the control. The result of this effort was a happier, more relaxed environment in which the students participated and ended up passing the year with ease.

There are of course huge differences between a career in basketball and a career in teaching, but I believe that there are many lessons that us as teachers can learn from winners and their mindset. Michael Jordan is perhaps most famous for stating, “I’ve failed over and over again…that’s why I succeed.” It is estimated that in his basketball career Jordan missed a total of 9000 shots and lost 300 games. If we as teachers don’t try anything new with teenagers, if we don’t take risks in the classroom, then we can’t expect to have a better all-round experience.

I have to admit that I wasn’t a basketball fan growing up in the 90s, and I didn’t own a pair of Air Jordans. I didn’t tune in to watch Michael Jordan fly on the court and unfortunately, it’s too late to do it now. But what I can do is transfer the magic I saw on screen these past few weeks to my vision for working with teens. I can make decisions for my classroom set-up based on a winner’s mindset and beliefs. I can show teenagers that it’s important to expect more from themselves and others because by doing so, they will gain boundless awareness and self-respect. This increased self-respect will, in turn, have a positive impact on the group and will essentially make for a more enriching and dynamic class environment and of course, will make my life as a teacher more enjoyable. And for this, Mr Jordan, I salute you.