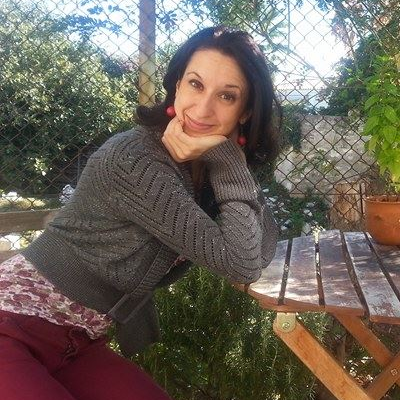 Shadow puppet theatre is a unique art form where theatre, visual art, literature, photography and film-like effects are integrated. It is dynamic and engaging in the way it blends traditional puppet theatre forms with new technologies. Although shadow puppets and screens might look simple at the first glance, the projected shadows and their elegant motions gives the process charm and beauty, so that the audience and child actors are mesmerised even after the performance.

Shadow theatre develops children’s speaking sub skills in English by providing them with a genuinely creative context for language use. They work together towards a collaborative outcome – a performance requiring both active participation and teamwork. By using puppets, children can express feelings, process fears, make decisions and learn about the world. Shadow puppet theatre can be used in primary ELT in many ways, such as:

It can also be extended to include a variety of other curricular areas, for example:

When using shadow puppet theatre, the teacher becomes a facilitator of the language learning process and children take ownership of their English projects. In this way, they can also develop key soft skills such as self-confidence, organisation and decision-making.

The simplest shadow theatre can be made using an everyday cardboard box and an A3 sheet of paper. Preparation includes the following:

Light source
A single point light source is crucial for projected shadow theatre. Any type of clear bulb can work. Simple, small projections can easily be operated by primary children with these types of lights. The bare light cast from overhead projectors also works well. They create a larger playing space and they enable children to experiment with a variety of slides.

Puppets
These materials form a toolkit for making puppets:

After the children decide on their character, they can draw an outline of it on the cardboard. Side profiles of characters are the best option and ink-painted transparencies add colour to the details. If children want to create a character with a moving body part, they will need to draw these body parts separately and attach sticks or wires to manipulate the body and its moving parts.

Performance screen
The best material to use for screens is a roll of vellum paper or butcher’s paper of any size. The distance between the light source and the screen is the crucial point. The children will need some time to experiment to find the best size of the screen and the best distance.

Time management
Depending on the number of English lessons available, a performance can be created in a couple of hours or over a longer period (i.e. during a series of lessons).

Aesthetics
Any kind of figure including the cheapest, scrappiest ones, even if they are ripped or torn can look impressive from the other side of the screen as children can only see its shadow.

A series of shadow theatre lessons

Staging the creation of a shadow theatre play for primary English learners can be organised over several lessons as follows:

While creating and performing a shadow puppet play in primary English lessons, teachers and children develop rapport as they can work together at a deeper level. Creative processes also help to develop children’s aesthetic feelings, empathy and emotional intelligence. Ultimately, shadow theatre in ELT supports and cherishes the very real human need for children to connect and communicate with one another.

Tatjana is an experienced English language teacher and teacher trainer who specialises in early childhood language programmes. Drama, visual arts and the shadow theatre are an integral part of her pedagogical repertoire and she has created numerous practical activities and short plays that use shadow puppetry techniques.