English and geography in lower secondary: Collaborating through legends 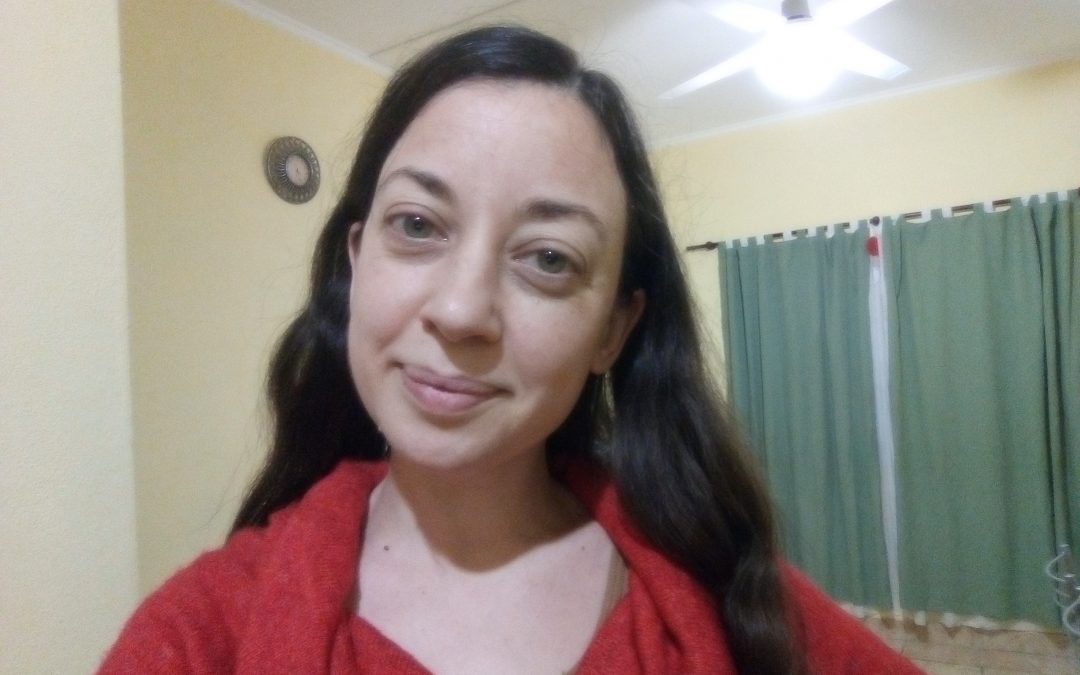 In this blog post, I share how I introduced legends to lower secondary learners. This was during a cross-curricular project which took place through Google Classroom and Zoom in 2020. My learners were 13 -14 years old from Buenos Aires, Argentina and we worked with the Ugandan legend, ‘How zebras got their stripes’ as well as the Northern Irish legend, ‘Fionn and the Giant.’

I recorded myself reading ‘How zebras got their stripes’ and uploaded the video to our virtual classroom. This led to discussions around the importance of patience – highly relevant for the ongoing pandemic situation. Then, I talked to their social studies teacher, who in the initial years of secondary alternates content from geography and history in lessons. She told me that the class were focusing on the construction of geographical spaces and would be moving on to explore different types of spaces, particularly in South America.

This discussion with my colleague gave me a clear idea about the students’ potential awareness of these topics and how English could contribute to strengthening this further. I came up with the idea of using ‘Fionn and the Giant’, which is a legend about the Giant’s Causeway accompanied by a tourist brochure. I decided to use this as a springboard to exploring other landscapes and sharing both the literary and the scientific explanations about their origins.

I recorded myself reading the story aloud with the Hi-Q app, then, I took photographs of the story in its paperback book format. I downloaded a freely available Celtic musical introduction and merged all of these elements with Filmora by adding a page turning effect. The video was used during a series of online lessons on this legend starting with characteristics that both of the legends share in terms of genre. These stories focus on the origins of nature, i.e., the appearance of certain features of an animal in Uganda and the formation of a geographical landscape in Northern Ireland.

The asynchronous lesson based around ‘Fionn and the Giant’ developed in this way:

Look at a map of the United Kingdom online. This story takes place in Belfast, the capital city of Northern Ireland. If you stand there looking towards the Irish Sea, which neighbouring country do you see across the water? Type ‘Giant’s Causeway’ in your search engine and explore the landscape!

Watch the video of the legend. Look carefully at the illustrations in the story. How is the formation of Giant’s Causeway explained through literature?

(Expected answer: A giant built the pathway with stones from Scotland to Northern Ireland across the sea to fight Fionn. When he arrived, he thought Fionn was much bigger than he was. He got scared and ran back home. He removed most of the stones from the sea. He didn’t want Fionn to catch him).

Now look at the photographs in the tourist brochure for the same place. How is the formation of Giant’s Causeway explained through science?

(Expected answer: These hexagonal basalt pillar stones are the result of volcanic activity).

Choose one of these spaces from Latin America and find out about the legend and the scientific facts that explain its origin. Do some online research, you can use webpages in Spanish as sources, but please write your discoveries in English, using your own words:

In this lesson, my goals for the learners were to:

The online English class even gave the social studies teacher ideas for her own lessons as many content questions arose. I communicated these questions to her, and it became a truly collaborative initiative during which we all learnt something about each subject. In a context where English is a foreign language, it can be challenging to engage students without a tangible need for English outside of the classroom. This experience became meaningful because English gained a purpose – to support their understanding of geographical locations and formations through literature. This creative unearthing of meaning really encouraged the lower secondary learners to get much more actively involved.

I would love to read about any cross-curricular projects you have been doing with your learners. Please share them in the comments below!

Vanesa is a teacher of English and a teacher educator in Argentina with over twelve years’ experience in ELT. She has worked in primary and secondary schools, at teacher training colleges and has a specialist focus on education and social work.